Sometimes I get frustrated with my teenagers when they violate basic family rules, like curfews! and grounding them becomes a natural reaction. Grounding can be an effective disciplinary technique if it is applied at the right time, in the right circumstances and for the right length of time. But if not it can go wrong and creat a gap between parents and teens.

And let’s be real here I have rarely seen a period of grounding where parents and teens are using the time to get close together so it has to be right when we apply it.

I know the whole purpose of grounding is for them to learn to stay on track when it comes to good behavior or respecting family rules but does it really work!?

Sometimes YES! because they don’t wanna lose their friends day out or any of their privileges but let me totally be honest some times NO they wont care when it comes to grounding them they would say it’s ok! it’s fine! No problem! I love staying home! But teens will always be teens and it’s ok to have ups and downs.
Ok and let’s say You ground them for a period of time and have an agreement if they do extra work around the house or get better grades then they can maybe earn time off by good behavior? If not then what will motivate them to be nice during grounding time? And if they have a bad attitude what do I do as a parent ground them even more? Where does it end!
Here are some helper points:

– Always explain why they are grounded!

Tell them why you are grounding them and how you feel about their action or behavior and it’s ok to listen to what they have to say, that doesn’t mean that you will change your mind on the grounding part.

– Take a moment to be clear on your terms when it comes to their grounding! Be very clear Is it time away from friends? No phone calls? No internet? Weekends home? Cut down on allowance? Sometimes I will be so upset where I would tell my kids I will talk to you later or tomorrow after school on what your punishment would be and I explain to them it’s not because I don’t wanna deal with it now! It’s because I wanna be fair with my punishment.

It seriously gives you lesser chance to cave in, and to crosse the massage clear with out losing it, let’s say they are late so for the next two weeks they have to come earlier then their usual curfew.

– Find ways for them to learn from it!

Give them work around the house or you can even make them write a report on their behavior including a plan for not repeating it again. 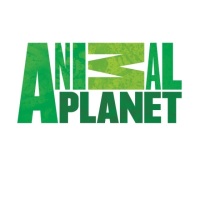 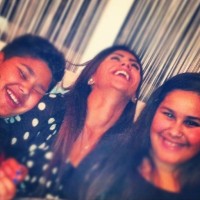 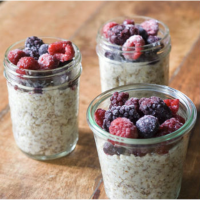 Keep it simple!
Pancakes please!
Talking about comfortable! The Los Angeles homeless look!
A foodie lost in Los Angeles! #calilove
Sin City, baby. You know how the saying goes, “What happens in Vegas, Stays in Vegas” #vivalasvegas
Every Summer has a story! #hvar
The art of eye contact! #eyetalk
So Carrie Bradshaw! Sex and the City Rome!
Emotionally RED! #amsterdam
Amsterdam street style!
Montenegro Vibes 🇲🇪 #sunkissed
Croatia vibes!
Cropped top! Wrapping skirt & flip flops! It can’t get better than this!! #croatia
Fitting room selfies 📸 #amsterdamlife
We are humans! Nothing more then humans!
Reflections in the streets of Paris! #parisstreetstyle
#shoppingselfie #amsterdamlove
I am grateful the most for Adam & Jenna, the people who are close to my heart and Nara 💕 The doors Allah have opened for me and the strength he has given me 🙏🏼 الحمدالله #happythanksgivng
Hakuna Matata! #saturdayvibes
Elevator selfie on the go! #dubailife
Raising 5 Kids With Disabilities and Remaining Sane Blog
Moody 'N Cheeky
MeMoQ8
About The Children, LLC's Blog